Sloths are ancient survivors that have haunted the planet in one shape or another for at least 40 million years. But is our rapidly changing world still a welcome place for the world’s slowest mammal?

The sad reality is, sloths and our speedy modern lives are not a great mix. Sloths living in the wild are becoming increasingly threatened, with a third of species now considered endangered. The pygmy sloth of Panama has been recognised as critically endangered by the International Union for Conservation of Nature (IUCN), whilst its larger, mainland-dwelling cousin – the maned sloth of Eastern Brazil – is listed as vulnerable.

The other four species of sloth are not yet considered endangered, however their jungle homes are still being chopped down at an alarming rate. As urban areas continue to expand and our demand for resources increases, a growing number of sloths are falling victim to electrocutions, road traffic collisions, domestic dog attacks and human cruelty.

But here’s the good news: as more and more people begin to wake up to the wonder of sloths, increased efforts are being made to conserve both them and their habitats. From educating the public about sloth ecology, biology and conservation, to actively rescuing and rehabilitating sloths ready for a life back in the wild, there are lots of brilliant people and organisations working tirelessly to help these incredible creatures.

Here at the Sloth Appreciation Society, we know that not all sloth sanctuaries are reputable, with some being little more than glorified zoos that do not release their sloths back into the wild where they belong. Some may even offer the opportunity to hold sloths, which can cause the animals to become stressed and die. That’s why we make sure to only support organisations that rely on sound science to care for their animals, and who view rehabilitation and release as their ultimate goal.

If you want to visit central America to see sloths and support the work of reputable sanctuaries we recommend you visit one of our partners: Costa Rica’s Toucan Rescue Ranch and Jaguar Rescue Centre and Panama’s APPC.

The Sloth Conservation Foundation and the Sloth Institute have developed a range of projects focussing on everything from public education and reforestation, to the construction of road bridges and the insulation of power cables.

The Zoological Society of London’s EDGE of Existence Programme are working to protect the pint-sized pygmy sloth and the maned sloth.

What threats do sloths face?

The sloth’s rainforest home is being destroyed in order to make way for urban and agricultural development. In Central and South America, road networks, farmland and urban areas are expanding, spilling into the surrounding forest and dividing it into ever smaller, more isolated segments.

Due to their highly specialised lifestyles, sloths are struggling to adapt to such rapid changes. Divided populations with restricted home ranges become more susceptible to disease, have greater difficulty finding food, and find themselves coming into more frequent contact with humans. The number of sloths born with genetic deformities has increased dramatically in recent years, and studies have revealed that this is most likely a result of inbreeding due to habitat fragmentation.

Gaps in the forest canopy pose a significant risk to sloths, since the only way they can cross them is by climbing down from the trees and crawling across the ground. Here, forced to move around the ‘wrong’ way up, they become extremely vulnerable to humans and ground-based predators, as well one of the other major, modern-day threats to their survival – road traffic.

Traffic collisions pose the second largest threat to wild sloths after power line electrocutions. Even when a sloth does manage to make it across a road unscathed, its safety remains compromised as all that crawling will have costed it a great deal of energy. Sloths have very specific home ranges, and are not usually willing to move to a new area even when faced with an obstacle as large and dangerous as a road.

Modern rainforests are criss-crossed not only by roads, but also by poorly insulated, aerial power lines. These are incredibly dangerous for animals that see them simply as a handy highway to get them from one tree to another. In Costa Rica alone, power lines are responsible for more than 3000 wildlife electrocutions a year, with half of all victims being sloths. Such powerful electric shocks cause a sloth’s body temperature to skyrocket, sending its organs into shutdown. Survivors are often left with horrific injuries, and many have to undergo limb amputations.

Tourism and the illegal pet trade

Stress can prove fatal to sloths, meaning the actions of exploitative businesspeople and irresponsible tourists are threatening their very existence. Consider the ‘sloth selfie’ craze: in high tourist areas, it’s not uncommon for sloths to be pulled from the trees and exhibited at the roadside for people to come and take photographs with. The captured individual (usually a baby whose mother was killed) will be used as a money-making tool until it eventually dies, or somebody pays to rescue it. Wild sloths do not like being petted or held, let alone poised for the perfect selfie. In many cases, just being crowded by a small group of tourists is enough to cause a wild sloth dangerous levels of stress.

The way that sloths are dealt with by the pet trade is as bad. Those sold as pets have usually been captured from the wild and if not, then their mothers most definitely will have been. Every year, hundreds of wild sloths are captured from the jungles of countries like Ecuador and Venezuela, and shipped to the US to be sold at eye-watering prices.

What can be done to help sloths?

We can all do our bit to aid the conservation of sloths and their habitats. By pledging to say ‘no’ to sloth selfies and supporting the work of reputable conservation organisations you really can help to make a huge difference.

Deforestation is fuelled, in part, by our insatiable demand for resources such as food and energy. We would like to encourage sloth lovers to decrease their impact on the planet. We are in the grips of an environmental crisis and conservation has to start with changes to our lifestyles as well as supporting people doing conservation work in the field. Say no to monoculture bananas from central America, whose pesticides are causing sloth deformities. Practice responsible tourism and only support organisations that respect the environment and sloths.

Your lifestyle choices can have a huge impact on sloths the other side of the planet.  So please follow the Sloth Appreciation Society manifesto and reduce wasteful convenience, recycle creatively, be economical with energy eat more plants and less animals (just like a sloth!), you’ll be doing your bit to help preserve the very environments that these amazing animals – and many others – call home.

The ZSL EDGE of Existence Programme 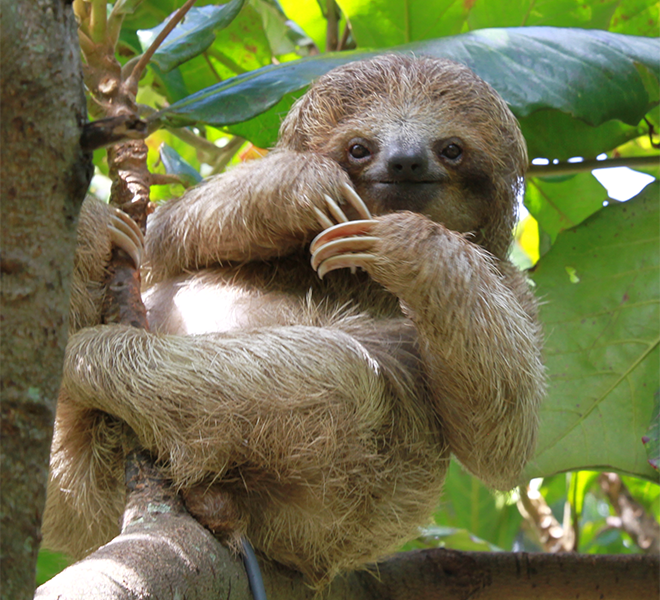 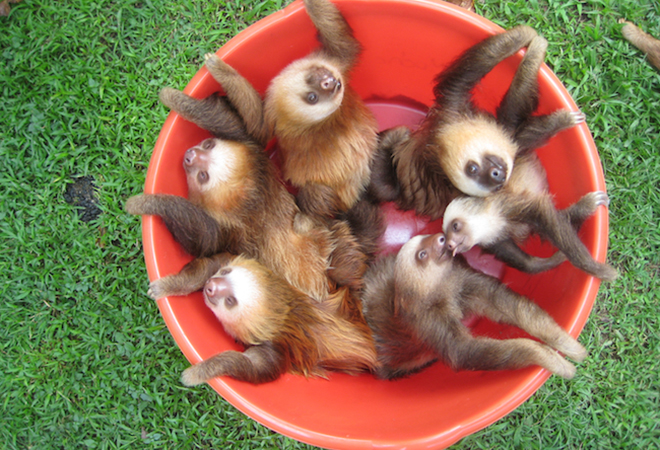 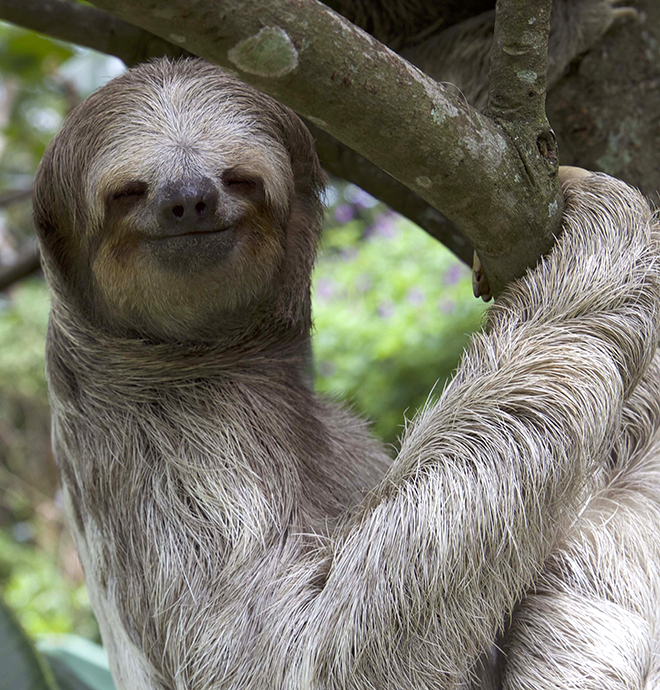 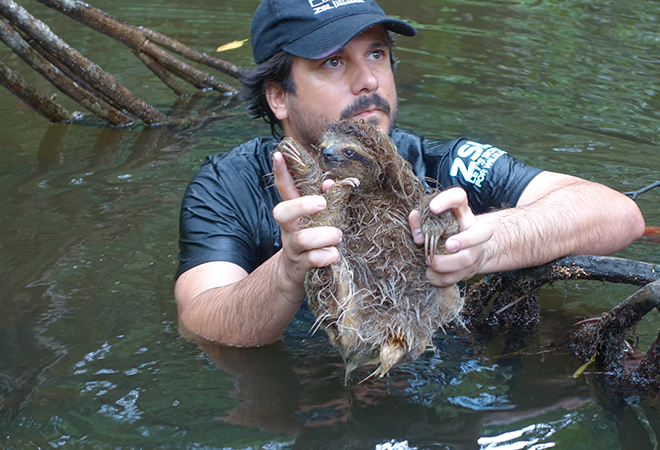 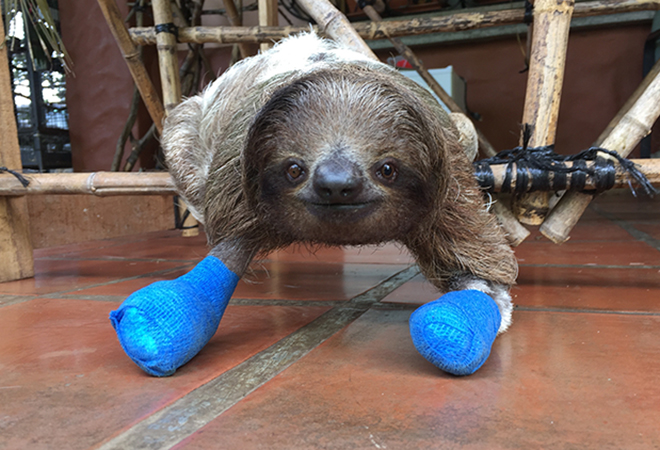 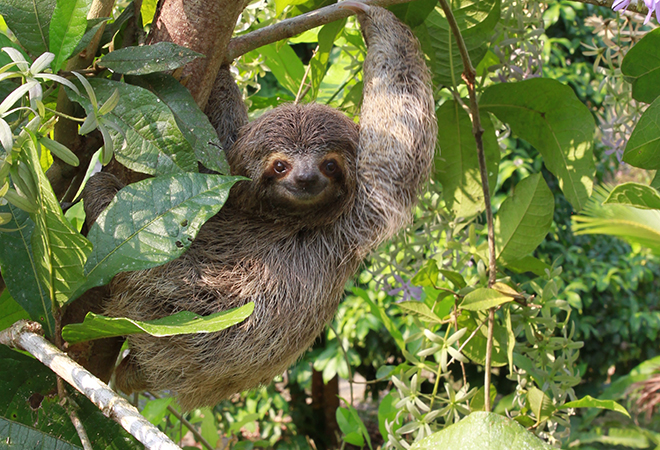 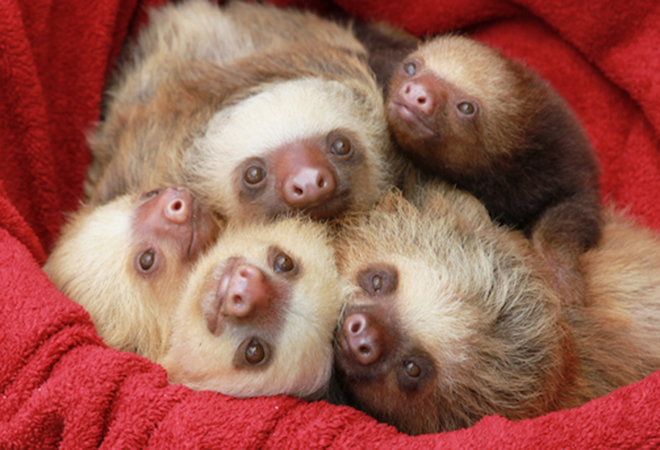 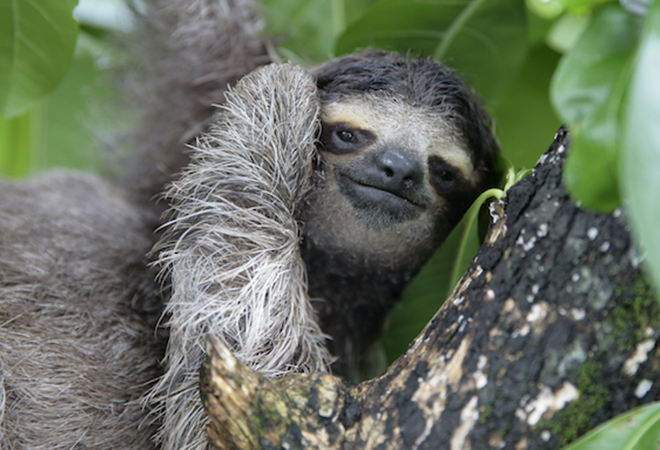 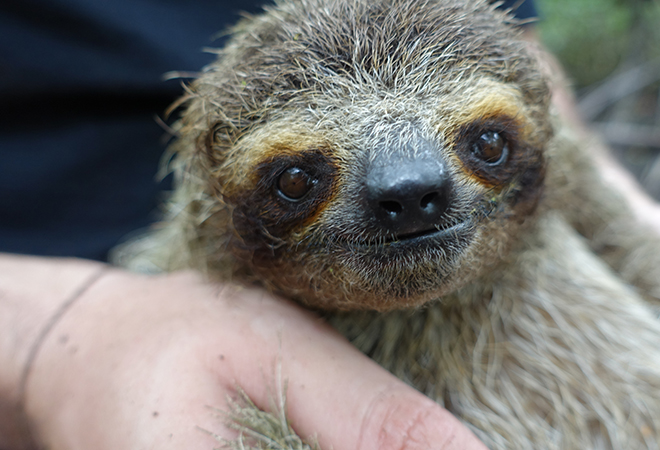 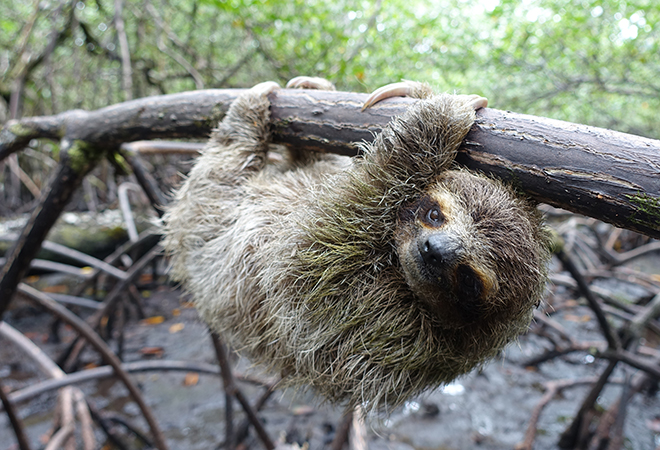 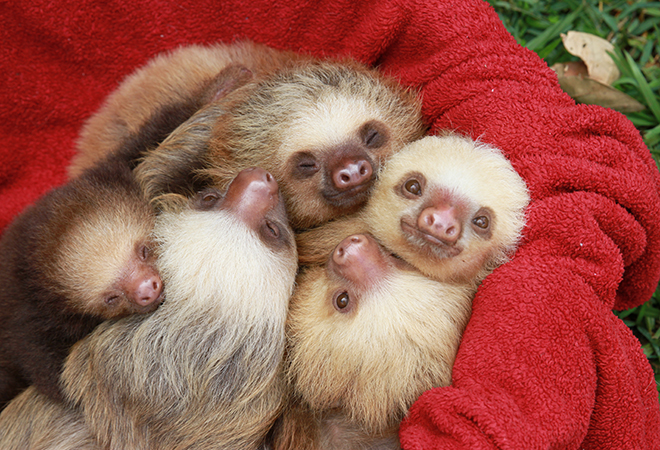 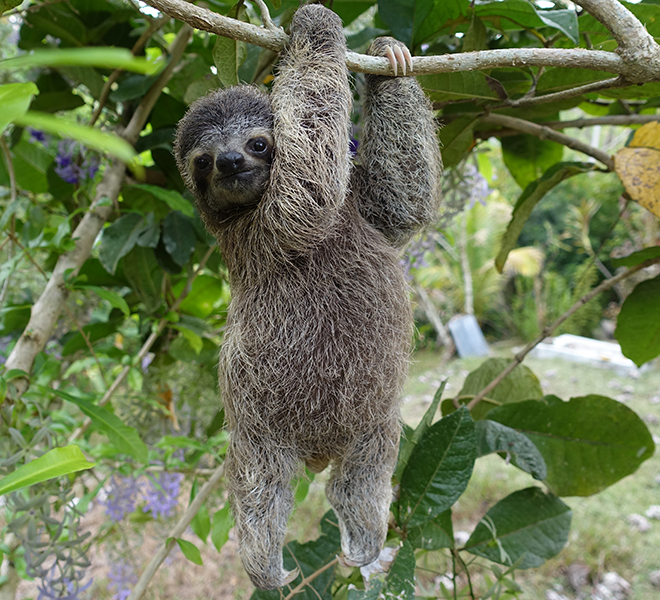